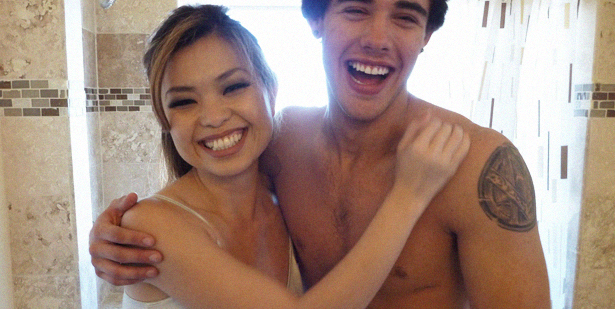 Getting Over The Sex Toy Taboo

The first time I handled a sex toy I was dying of laughter inside, cuz ‘ha-ha, rubber penis’ was still funny. But now that I’m older, I truly don’t understand how fully grown men and women, still consider the topic of sex toys taboo. I mean, sure, it’s not a topic we should casually talk about over the dinner table on a family gathering but in closed circles, when it’s ok to talk about sex we should talk about sex toys too. Let’s get over the whole sex toys taboo topic and let’s go over a few things.

Men use them too!

While we’re making tiny, tiny steps towards removing the stigma around women’s sex toys, we’re still thousands of years late in removing it for men’s sex toys. Interestingly enough, if you ask a woman with drawers full of sex toys what she would do if she found her partner was using a sex toy, she’d be horrified. And she really shouldn’t be. Men have their own sexual needs and kinks, and much like a woman gets a different satisfaction from a toy, men need a little spice in their alone time. Opening up your mind and exploring new ideas and concepts, could significantly improve your sex live.

Your partner’s toy isn’t trying to replace you!

Another important thing most people have a problem with when it comes to sex toys, is their insecurity and self-consciousness that their partner isn’t satisfied if they’re using sex toys. Wrong! While I understand how easy it is to fall down the rabbit hole of self-pity and insecurity, but people use sex toys - for the most part- to enhance their pleasure not because they’re deprived of it. Sex toys bring a new dimension to sex and orgasm and for many people masturbating is an activity that want to spice up. Let’s face it, it gets boring to use the same hand, same fingers, same speed and same setting. So don’t think that your partner is not satisfied and they’re compensating with a toy because that is not the case.