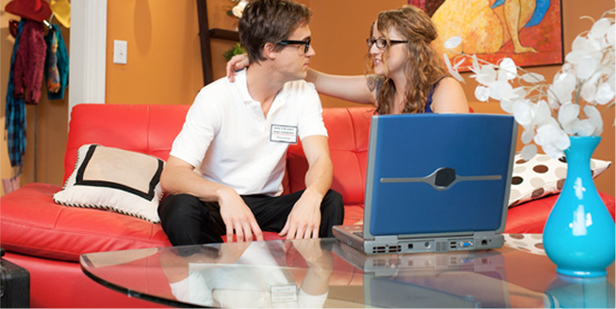 Probably one of the worst things about online dating is waiting for a reply, especially if the message you sent was a dope one. You’re playing the waiting game and minutes feel like hours and as the hours go by, your ego gets a bigger dent. So what do you do while you’re waiting for a reply? Here are a few things to keep in mind.

Don’t take it too personal

It’s easier said than done but what do you get out of it in the end, other than a bruised ego? Not getting a reply back, doesn’t mean that your game is weak or that you’re losing your ‘touch’. Women get bombarded with emails and messages, on several different platforms so it can get too hard to open them all. Your message probably got drowned in the pool of many others, especially if it’s a very attractive woman. Yes, there will be those who won’t even open your message because they’re not interested but there are also those who just might not have seen it. So go easy on yourself and spare yourself the self-pity. Hey, you never know, she might respond one day.

She definitely got it

It’s easier to lie to yourself that she didn’t get your message. And while it may be true and it might happen the chances are slim. Try not to lie to yourself and make up excuses. Accept your defeat and move on! It’s better to move onto someone who’s interested, rather than sulk about a message she just doesn’t wanna respond to.

No response is a response too

Sometimes the silence is loud enough to convey the message: they’re just not interested. It’s a tough pill to swallow but don’t dwell too much on the ‘why’ and accept the defeat. No use in barking up the wrong tree as there is surely another tree down the street...and it’s full of cats to bark at!

It’s very easy to fall down the rabbit hole of self-pity and anxiety because of one message that never got a reply. But don’t let that stop you from trying. Sure you might have had a failure or two, doesn’t mean you should give up on dating. Talk to a mate, maybe get a few ideas on how to switch up your game and go for it. You’ll be surprised what a change in approach and in confidence can do for you.